What's in the Spring Statement? 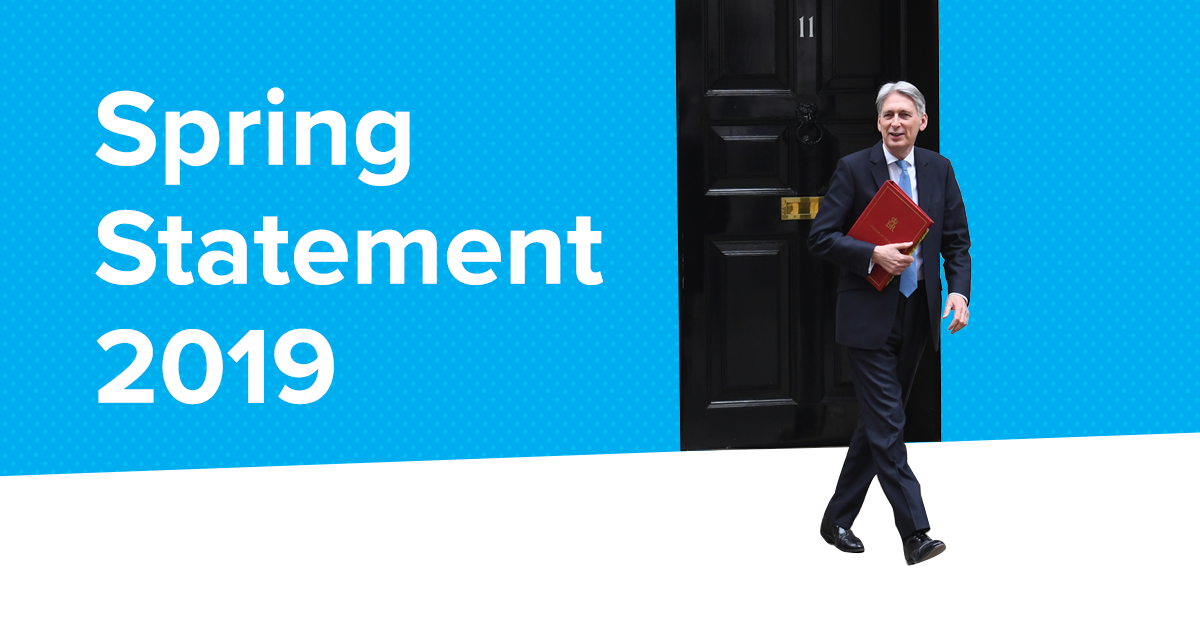 Today's Spring Statement shows a resilient economy which is creating jobs and delivering the fastest rate of wage growth in over a decade.

The deficit this year is £3 billion lower than last forecast and debt is lower in every year – with lower taxes on families and more being invested in our public services.

Labour opposed all the decisions we took to get the economy back on track – if we’d listened to Labour there would be fewer jobs and higher taxes on working families.

Unemployment went up by nearly half a million when they were in power, and they now want one thousand billion pounds of extra borrowing and taxes, which would send debt spiralling and take us back to square one. Just like last time, working people would pay the price.

This Spring Statement sets out our plan for a bright future for Britain – creating a digital economy people can have confidence in, redoubling our commitment to skills and world-class infrastructure, staying at the cutting edge of clean growth and tackling the big challenges like knife crime and period poverty in secondary schools.

The key stats you need to know:

The OBR has published its outlook for the economy and public finances. It shows a growing and resilient economy and a thriving jobs market with wages on the rise – a solid foundation on which to build Britain’s economic future.

1. Wages will rise faster than previously expected. The OBR have revised up wage growth in every year to 2023, with wages growing faster than prices in each year and reaching a record high rate of 3.3 per cent growth in 2023.

4. The deficit has been revised down in each of the next five years. The deficit will be £3 billion lower than expected this year, down to 1.1 per cent of GDP from almost 10 per cent under Labour.

Today we have published our Covid-19 UK Vaccines Delivery Plan, setting out how we plan to deliver the biggest vaccination programme in British history, to protect all those who need it most as quickly as possible.