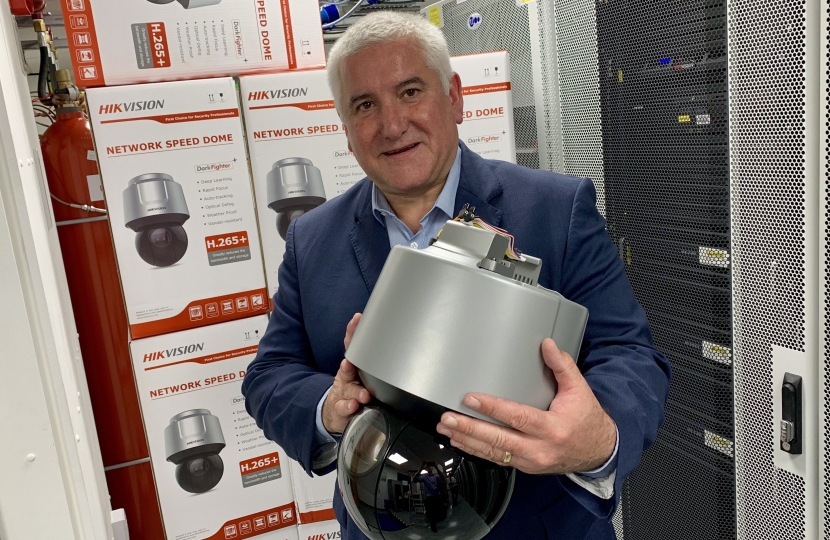 Dudley Conservatives have met an election pledge after new, state of the art CCTV units were delivered as part of the promised renewal of Dudley's CCTV camera system.

During the 2019 local elections, Conservatives pledged make our towns safer by replacing the ageing and broken current CCTV system, which Labour had left to grow old and outdated. Frequently, cameras would not work and criminals were able to get away with crimes because there was no deterrent or footage available.

The borough's new CCTV control room is currently being completed and the new camera's will be installed over the next few months, with the system becoming operational next spring.

Leader of Dudley Council, Cllr Patrick Harley said "This is the most significant investment in our CCTV network in a generation. When complete it will make us more efficient at monitoring our town centres, tackling crime and making people feel safer. The first batch of new cameras are now here and technicians will be busy installing them over the next few months. This is just one of the ways in which we are working hard to bring people to our town centres and make them feel safe, which is good for businesses.”

Cllr Laura Taylor, cabinet member for Community Safety, said "This project is delivering on one of our key election pledges. It is unacceptable that our old camera system was left to get so out of date, and Conservatives have taken decisive action to replace and upgrade the system, protecting our communities."

Only the Conservatives have your safety at the top of their priority list. The Prime Minister has pledged to recruit 20,000 new police officers over the next three years, with West Midlands Police hoping to kick off a recruitment drive of over 1,000 officers.

Our Plan for Dudley

Dudley Conservatives continue to work hard all year round.

Check out our plan on the links below:

Don't forget to fill out our survey!